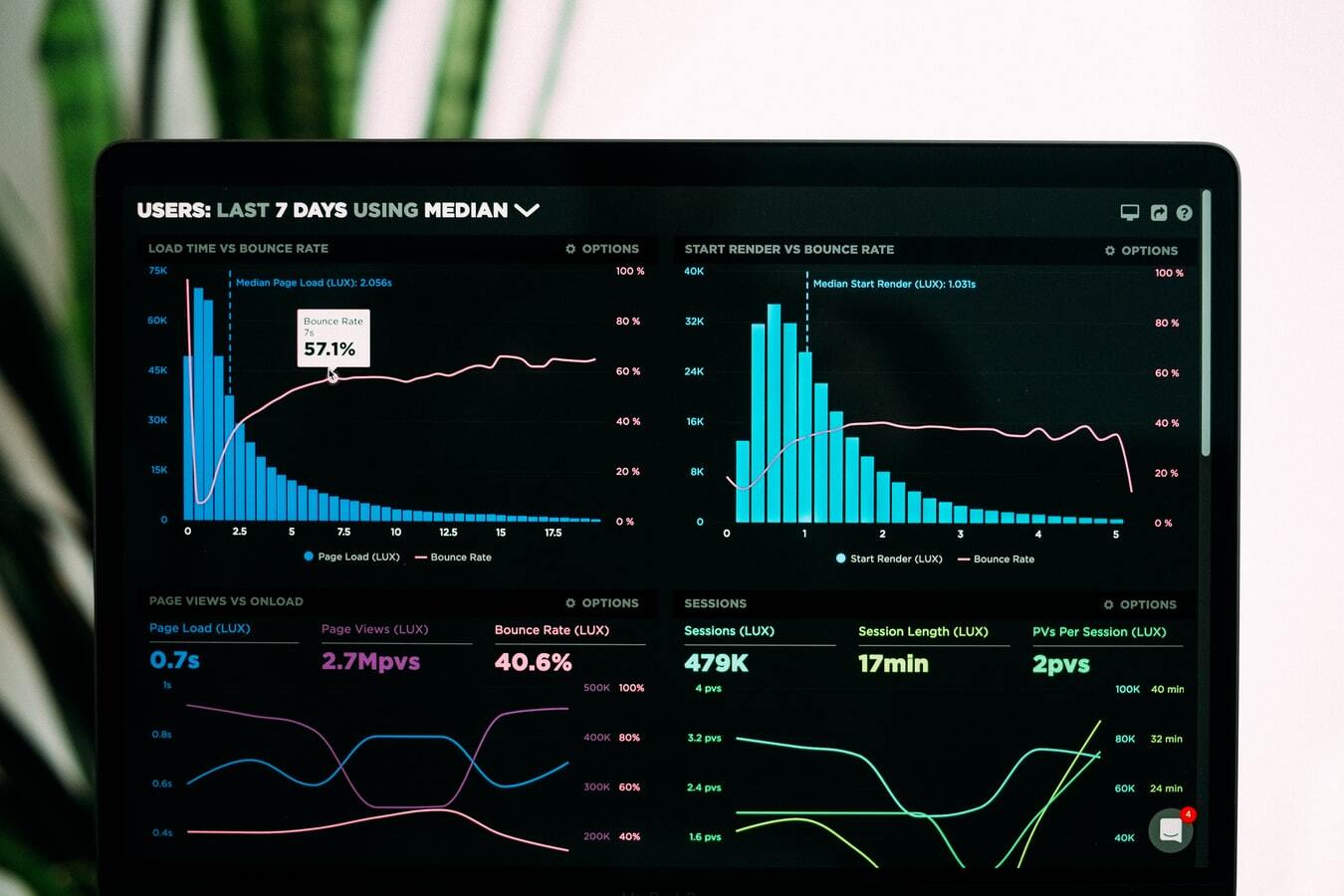 Aragon is working to recreate a cohesive community governed on the blockchain and running on cryptocurrency. If Bitcoin is the treasury of the blockchain, Aragon is the ministry of interior coordination. So while Bitcoin wins in the financial transactions, Aragon wins in governance.

Aragon (ANT) crypto coin continues gaining traction among blockchain enthusiasts. When the ANT token launched in 2017, it sold for $1.47. By 2021, the coin’s price has skyrocketed to over $13.56. Our comprehensive guide will help you to know how to compare Aragon to Bitcoin and make intelligent trading decisions.

So, how do you compare Aragon to Bitcoin? The best way to compare Bitcoin and Aragon (ANT) crypto is by checking the pricing infographics, expert reviews, open-source and cryptocurrency charts over time. Coin Social Story gives you a comprehensive Aragon to Bitcoin comparison and all info you need to make a solid decision in your cryptocurrency trading.

Aragon is a blockchain technology that aims at making companies more efficient and transparent. Organizations can store their files safely on the Blockchain using Aragon and access them anytime.

Through Aragon, organizations sign smart contracts with each other within the opt-in digital jurisdiction. In addition, Aragon creates a decentralized system that arbitrates between the two parties.

The platform has the Aragon network token that pays fees through escrow as an incentive for honesty. Aragon platform is an Ethereum network-based decentralized module that creates and manages crypto protocols, dApps, and autonomous organizations (DAO).

ANT is the native currency of the Aragon network. Aragon (ANT) crypto coins enable owners to control the Aragon network. Just like Bitcoin or Ether, Aragon is a cryptocurrency that allows you to send money or do safe transactions within the blockchain network.

The ANT crypto coin is an ERC-20 token that runs on the Ethereum network, and you can store it on any wallet that supports Ethereum coins.

Aragon network gives companies a fast and easy way to set up DAOs. In most cases, Aragon acts as a website builder and relies on configured modules. Each of the modules fits the customization of the specific needs of a company.

So, Aragon gives businesses and leverages the benefits of blockchain technology without having to spend much on in-house tech professionals.

But that’s not the only benefit you get from using Aragon. In most cases, you’ll get the transparency, customization, and security that the blockchain provides:

One beauty of Aragon and the blockchain, in general, is its transparency. You can monitor the spending of your DAOs live. So, all users share the benefit of this network.

Your business has global potential, but you may never know it if you don’t use platforms that bring the world to you. Aragon gives you access to a worldwide network of individuals with similar minds as yours.

Also, the platform encourages different corporations to collaborate across the world. The Aragon jurisdiction makes it easy for firms to sign contracts with companies from other countries. So, Aragon helps businesses share ideas and streamline service delivery.

Apart from the base models, companies get customized features. The interface and other features are open-source code, and you can tune them to meet your company’s needs.

It may be a little challenging to comprehend the Blockchain, but Aragon makes it far simpler. For example, programming a DAO  takes a few minutes with Aragon. In addition, the platform’s interface is intuitive and interactive, and you may never have to hire blockchain experts.

Aragon ensures that every company gets simple features that suit its requirements. For example, if you want complicated transactions such as shareholder voting, receipt, token sales, and account management, Aragon (ANT) will make that easy.

Security is probably the most powerful benefit of the blockchain. Aragon has a network that relies on the secure Ethereum blockchain. Ethereum is so secure that all actions remain safe. Then, the Ethereum community already approves Aragon after intensive security vetting.

How Does Aragon Work?

The Aragon network allows users to manage their businesses on the blockchain network. As a result, anyone can run the business without the stress of intermediaries and bureaucracy.

Organizations depend on the decentralized Autonomous Organization (DAO) to process their transactions, payrolls, accounting, fundraising, and transfers.

The entire Aragon network is open source code, and anyone can develop an application on the platform. In fact, ANT makes it easy for you to build a system without any advanced coding expertise.

To understand how Aragon works, you will need to know the following concepts:

The ANT token, which acts as the native payment method within the Aragon network, does the following:

Aragon client helps you create customizable features for the DAO. In addition, the client provides a transparent framework for smart contracts without any prior training about the blockchain.

Aragon offers a platform for organizations to work and set up token sales. It is where you decide and set up the details of your fundraising.

The Aragon Foundation promotes the community and seeks companies interested in furthering their network. The non-profit organization markets the Aragon network.

Aragon has a unique token that grants you the right to vote on matters about digital jurisdiction. ANJ tokens help you earn passive income on the Aragon platform.

Aragon has a supreme court, too. The Aragon Court acts as the Aragon network’s judiciary and resolves disputes between DAOs, individuals, or organizations.

Aragon is a complete government, with a judiciary, voting process, and a set of rules to make this possible. The Aragon manifesto acts as the constitution that highlights the core values of the network. The Aragon Court resolves cases per the Aragon Manifesto.

Aragon is a DAO, and it has an electoral commission – the Aragon Foundation.

No, Aragon is not the Lord of the Rings, but what a coincidence! Aragon is a region in Spain where the cofounders of the ANT platform grew.

The history of Aragon (ANT) has lots to do with creative and dedicated staff members of Telefonica, Microsoft, and the Estonian Government.

Of course, not that these organizations ever partnered to write up a code. Instead, Apple awarded a scholarship to Jorge Ozquirdo, who’d then partner with a former employee of Telefonica, Microsoft, and the Estonian state.

Who Is The Owner of Aragon?

Luis Ivan Cuende and Jorge Izquierdo founded The Aragon Network in 2016 as Aragon Association and Aragon One. Today, the Aragon Foundation owns and governs the company as a non-profit organization that helps build and promote the network.

It was in 2017 that Aragon entered the market with a huge splash. In the first fifteen minutes, the ICO had already secured over $24 million and would continue to sell out 70% of the ANT’s tokens during the opening.

Aragon Foundation retained 15% (6 million ANT) while the founders and contributors split the other 15%. The design of the Arago ICO was such that no one would buy too many ANT tokens to prevent overreach by any party that would jeopardize the network’s integrity.

The company made more than 275,000 ETH in their Initial Coin Offering (ICO), and that was enough to throw them into instant stardom.

Led by Luis Cuende, Aragon enjoyed stardom, and Forbes featured the CEO in their annual 30 under 30 rankings.

In 2018, Aragon (ANT) launched their Ethereum main net in a pompous public event. The network would gain complete power over its ecosystem after the launch of Aragon V2 in 2020.

February 2017: Unveiling of the Aragon Network.

February 2018: Launching the Aragon Architect as a way for companies to build profiles on the blockchain.

How To Compare Aragon To Bitcoin Using CoinSocialStory

When you decide to trade Aragon and Bitcoin, you’ll have to learn how to compare them. Live infographics should be your go-to resources if you want correct updates.

At Coin Social Story, you get live updates on the prices and graphs for every coin you know. Crypto market data and stats change rapidly, and you should keep up. An intelligent trader understands that every transaction must have strict guidance from the available infographics.

Here’s how to compare Aragon to Bitcoin using CoinSocialStory: